Industry Report: Recruitment in the Media & Advertising Sector in Europe

The Media and Advertising sector

A study by Market Research determines that the media industry consists of the advertising, broadcasting & cable TV, publishing, and movies & entertainment markets. In 2018, the European media industry had total revenues of $274.5bn representing a compound annual growth rate (CAGR) of 1.3% between 2014 and 2018. The report states that advertising was the industry's most lucrative segment in 2018, with total revenues of $116.2bn, equivalent to 42.3% of the industry's overall value. Due to increased smartphone and social media usage, there has been an online migration of media consumers which has drawn advertising spend to digital channels.

According to EURAXESS, the U.K. media sector is the largest in Europe and stands as Europe’s foremost exporter of media content worldwide. The sector has seen steady growth in recent years, with over 3% annual growth. In 2016, the sector was worth over $93bl and set to hit $106bl by 2019. At the time, the sector employed around 231,000 U.K. citizens with overall employment in the sector on the rise since 2011.

Significant market changes such as the digitalisation of production, distribution and consumption, as well as cutbacks in public funding to cultural institutions and production, are some of the key developments in the sector, according to The Future of Work in the Media, Arts & Entertainment Sector report.

The sector is mainly being affected by: 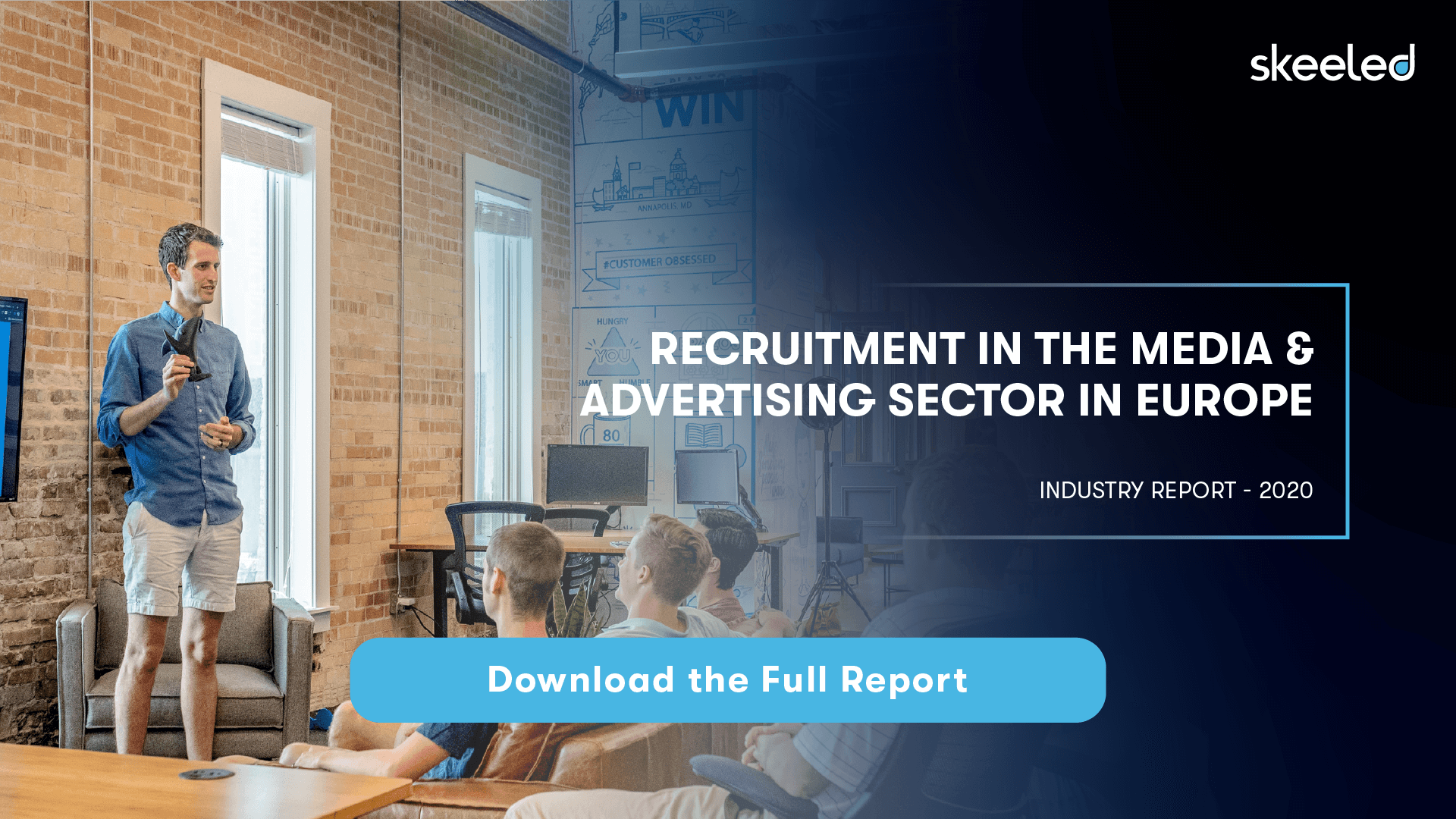 Employment in the European Media Sector

Employment in the media sector is quite diverse and includes various occupations from journalists, writers, photographers, film and video editors, sound engineers, announcers, producers and directors, to performers, marketing managers, and distribution workers among many others. Although it is an extremely popular career choice, opportunities in the sector are few and far between with strong competition for every vacancy, which can be attributed to the fact that the sector is becoming more efficient and restructuring itself as a result of new technologies.

Research has shown that CCS, where the media sector is included, are characterised by a young workforce (especially in the performing arts and in audiovisual), an increasing number of professionals operating outside traditional forms of employment (self-employed, freelancers), and dynamic markets with a growing number of companies. According to the Market analysis of the cultural and creative sectors in Europe report, men still account for the largest share of the EU cultural employment (53%). Despite the high number of women graduates in CCS-related disciplines, they are more often employed in low-paid jobs, struggle to advance their careers as artists, and/or in accessing decision-making positions due to stereotypes, which translate into persistent inequalities such as (horizontal and vertical) segregation patterns and/or the gender pay gap.

The digital shift has had a strong impact on cultural and creative operators in terms of skills and business organisation. In a business-driven environment, workers need to continually develop and adapt competencies and contents to the rapid pace of digital innovation. Digitalisation brought about the transformation of production and development models. The very structures of the CCS businesses and organisations have been transforming as well, integrating new tasks and roles whether to create new digital content, to explore new revenue streams or to find new ways to create and engage with audiences.

Today’s world and the future economy will increasingly rely on creativity and technology, requiring a balance of technical competences with an unprecedented level of moral complexity entailed by new technologies in which ICT skills alone are not sufficient to thrive. Among the future transferable skills of employment, ‘creativity’ is considered as the most significant predictor for an occupation’s chance of growing, as a percentage of the workforce by 2030.

The digital transformation of the sector, and the profound changes it entails, combined with significant skills shortages across the media and advertising sectors, requires companies to take a new and innovative approach to talent acquisition.

In this sector, having highly skilled employees is paramount for the success of the business. Although the sector is a popular career choice for many, getting hundreds of applications from unqualified candidates for each role doesn’t help companies. On the contrary, it makes it harder to manage the recruitment process efficiently and hire the right people. Thus, companies need to develop strategies to be able to maintain a steady flow of highly qualified talent even if that means getting a lower number of applications.

Notwithstanding, it is possible to optimise talent acquisition in the media sector. Combining more efficient recruitment strategies with the right recruitment tools can help to reduce hiring costs and boost the quality of hire.

Read our full report to learn how to overcome the sector’s recruiting challenges and hire the right talent for your organisation.

Skeeled offers you the perfect opportunity to bring innovation and digitalisation to your hiring. Check our website or our LinkedIn, Twitter and Facebook pages for further information.

Agile teams are now a reality among many companies outside the IT sector and across different ...

Recruitment in the Insurance Sector in Europe

Industry Report: Recruitment in the Healthcare Sector in Europe