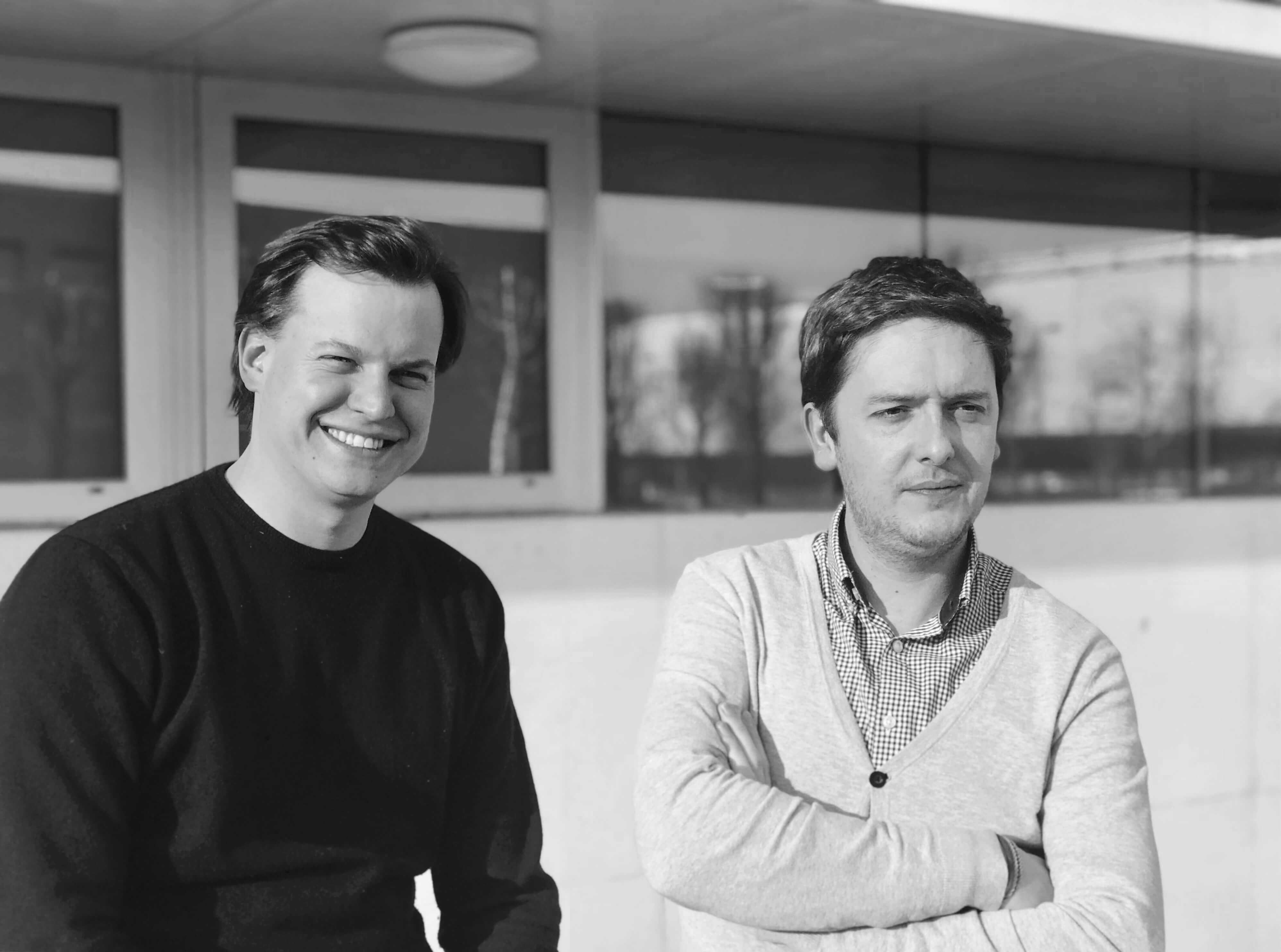 Mike Reiffers and Nicolas Speeckaert founded skeeled to enable companies to offer the most modern and innovative hiring process to candidates as well as helping them save a considerable amount of time and benefit from a highly user-friendly software.

They’ve come a long way since they started the company. With its Headquarters in Luxembourg, skeeled also has offices in Brussels and Porto, and our software is used by many amazing companies.

In this first “Team skeeled” post (we are doing a series of posts about our team members so that you can get to know the people behind the company), Mike and Nicolas share their story and tell us how they built skeeled, the challenges they faced and what they foresee for the company’s future.

It took Mike some time recalling the exact year, but then it all comes back to his mind: “we met in 2010 in London where we both were taking our BA in Business Management at the Westminster University”.

They didn't just bump into each other in class, as you may be trying to guess. They were actually introduced off campus by mutual friends and Nicolas recalls that they “soon realised they shared the same entrepreneurial spirit”.

From that moment on, it became usual for the two friends to meet after classes at a Pub called The Globe on a corner near Westminster University, to discuss potential business ideas, while eating some weirdly delicious chicken wings and drinking a “few” pints, Mike reveals.

Mike (who’s Luxembourgish) and Nicolas (who’s Belgian) remained friends and the adventure of skeeled really started when they decided to study together in Barcelona at the EADA Business School, where they took a master's degree. “The best thing about this Master’s degree was that we had to finish the year by writing a business plan! That made me follow Nico to Barcelona” Mike adds.

It was during this year, by the end of 2013 that the idea came slowly together. Nicolas explains: “us too, we started applying early to some companies and look for a job, but rapidly felt all the frustration that the traditional recruitment processes can bring you”.

At that point no one knew that straight after their degree they would start a business together. They were both just looking for their future on the complex job market…

As Nicolas and Mike shared their job-hunting experiences, they soon realised that the current recruitment model was obsolete because, as Nicolas points out during our talk, they believe people are more than what a CV can show you.

Mike reinforces this idea: “a CV only lists candidate’s skills but there are other key factors such as personality that needs to match a job’s requirements”. He adds on that “isn’t it a bit crazy that a person’s future is still in many cases decided based on what’s written on a piece of paper?”.

They strived to identify better ways to promote people towards their future employer, rather than just sending a cover letter or CV. With their mindset towards innovation, they quickly identified 21st century technologies in the HR market that could make a total new approach towards how candidates apply and how recruiters could be supported.

Early 2014 they had to present their final project idea and, out of their own frustration and willingness to make an impact, the start of what today we know as skeeled was created. 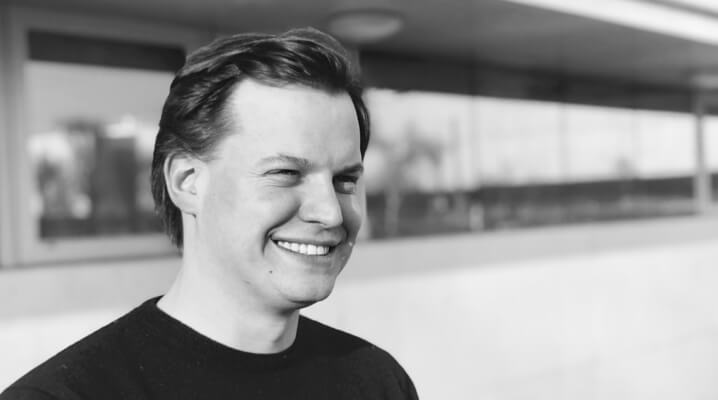 When asked what the hardest part about growing the business has been, Mike states that building the software itself has been the first big challenge he and Nico faced.

“But, of course, since the beginning everything was a challenge for us as neither one had experience in HR or IT, so finding the right person to help us create skeeled was the key. Thankfully we found Artur (now our lead engineer), who took on the challenge to program our software”, he says.

Nicolas adds that after having the app ready came the “normal difficulties of entering the HR market and of course monitoring and balancing our finances and making sure we hired the best people to help us lift skeeled up”.

They both consider that they have been very lucky during this journey and have received pretty good advice from people that were helping them grow the company. They were constantly working together with consultants to overcome some key hurdles in the best way. “We have learned a lot not only from the workforce we took in, but also from several business development coachings and a sales coaching we did”, Mike says.

Nicolas also believes they have been successful in overcoming each challenge because they “keep on learning every day” and they are “ open to all the suggestions and inputs made by fellow team members”. There's a shared knowledge and learning environment in skeeled which he thinks will bring the company forward.

Standing out from the competition

By focusing not only on the CV but also the personality and having the possibility for candidates to do a video interview, recruiters have a greater amount of information to focus on the best candidate’s profile.

Mike also points out that the skeeled software was totally designed and built to meet recruiters’ needs and requirements. “We don’t have a background in HR, so we consulted recruitment professionals to assess what functionalities and features we needed to develop and identify in what ways we could bring innovation to their current recruitment process”, he says.

Another key point, he adds, is that “at skeeled we have a continuous improvement mindset. We listen to our clients and carefully evaluate their requests so that we keep delivering a truly efficient and powerful recruitment tool. This approach has helped us to offer today a software that nearly covers every corner to digitalise and automate the first steps of our clients’ recruitment processes”. 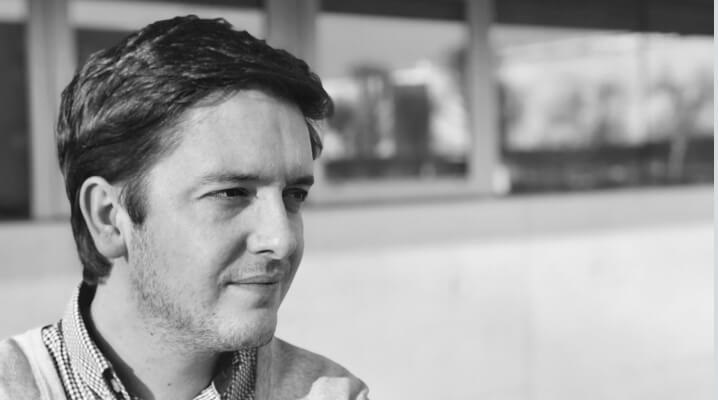 Things to be proud about

At this point we ask them what their proudest moment has been until now and they both sigh. This is a tricky one, but it’s only fair to ask. Don’t you think?

Nicolas starts by saying that one thing they are “very proud of” is the team they have been able to bring together, “full of amazing professionals that are the core of skeeled’s success”. He then goes on: “of course, that I do recall a very important moment, which was when we closed the deal with our very first client”.

For Mike, a “very meaningful moment” to add to those mentioned by Nicolas, is the last Christmas party. “It was the very first time we got the entire team together and we had the opportunity of providing a very high-end two days event to celebrate the end of 2017. It was also the moment where Nicolas and I really realised how many we are and what our team all together in one place looks like. It was a very magical moment”.

Regarding the key milestones they want to achieve until the end of the year, Mike tells us that they are completely focused on growing the team and reaching the revenue and business growth targets.

“It’s very much about sales and how the rest of the team works in line with them. As the development team is well oiled now, we focus scaling our tool to the market. This year we want to implement a strong and market driven sales & marketing strategy. It is however not only a sales team that you need. Marketing and our local support to our clients are highly important too”.

Trends that will shape your recruitment strategy in 2018

By using an AI-based matching, the true competencies of each candidate are being evaluated in equal ...

3 Steps for Choosing the Right ATS

More than ever it is crucial to leverage recruitment technology, so that the hiring process is more ...